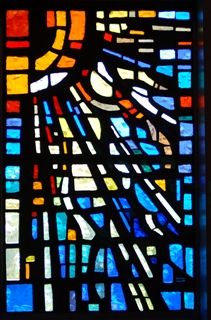 Annie Wright was founded under the auspices of the Episcopal Church and retains the tradition of an all-school chapel held each Monday (grades 2–12) with division chapels on other days each week. These gatherings are interfaith and all-inclusive. Our beautiful Raynor Chapel was built and paid for by the Annie Wright Alumni Association and is very dear to the Annie Wright community. It is used throughout the school year for Annie Wright services, gatherings, performances and ceremonies, and during the summers it is a popular venue for weddings.

Religion at Annie Wright Schools is markedly different today from when the school was founded in 1884. While the school continues to value a spiritual and moral life, it is expressed in a manner that is ecumenical and interfaith, albeit in an Episcopalian setting. The school believes in supporting parents as they guide the spiritual lives of their children. Chapel occurs twice per week for most students. The content and messages imparted in Chapel are age-appropriate, and moral and ethical in nature; they are not tied to any one particular faith. Concepts such as service to others, honor, compassion, generosity and justice are discussed. The intention in Chapel is to give religious and moral education, not to practice religion. To that end, preachers of other faiths are invited to Chapel to discuss tenets of their faith and to educate our community. Most people, not only our families and students of other faiths, appreciate the inclusivity of this approach – the Chapel has become a sacred place for people of all faiths. While the Chaplain has always been Christian, recently there have been Chaplains of different traditions.
Annie Wright Seminary was founded as an explicitly religious and Episcopalian institution. The mission of the school was to educate young women and prepare them for the pioneering world of the latter part of the nineteenth century. In that era, a boarding school education included a significant religious component, usually Episcopalian. Throughout the twentieth century, the religious aspect of Annie Wright Seminary persevered. While the Heads of School may have led the school, the influence and power of the Bishop of the Diocese of Olympia and the school chaplain exerted substantial influence and power, especially at certain times. Many alumni talk about the place of Chapel and its effect on their daily lives while at the school. Chapel was required every day until the 1980s.
When boys were first admitted to the school in 1973, the school changed its name from Annie Wright Seminary to Annie Wright School. (Since 2011, AWS is styled Annie Wright Schools.) There was a sense that the religious overtones of the school being called a seminary no longer reflected the true nature of the school. Annie Wright was not immune to the societal changes of that decade, and less formal religion, including less frequent attendance of Chapel, became the norm.
One event in the calendar still retains a religious aspect. Lessons and Carols, a Christmas celebration, takes place one evening shortly before school breaks for the winter vacation. A warm, communal gathering, Lessons and Carols includes the singing of carols and the telling of the Christmas story through a series of readings. There is an expectation all students attend, but it is acceptable if a family prefers not to attend for religious reasons. A community reception follows in the Great Hall where all can enjoy our traditional, beautifully decorated Christmas tree.
Annie Wright Schools value our shared history and rich traditions. Simultaneously, the schools have necessarily changed over the last 130 plus years. Annie Wright Schools no longer practice religion, but do value spiritual and religious life, and support families by providing an ecumenical and interfaith atmosphere in a setting that is, by tradition, Episcopalian.

Founded in Tacoma, Washington, in 1884, Annie Wright Schools serve students from age three through high school. Annie Wright Lower  and Middle Schools offer coed programs in Preschool through Grade 8, while separate Upper Schools for girls  and boys offer day and boarding options in Grades 9 through 12. Annie Wright is proud to be an International Baccalaureate World School.