Annie Wright Schools' Senior Leadership Team is responsible for the daily operations, oversight, and leadership of the schools. Each team member is committed to advancing Annie Wright’s mission and key characteristics. 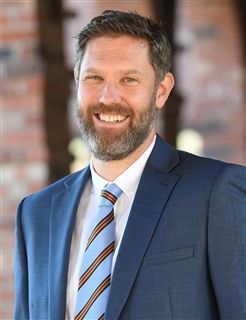 Head of Schools
Jake began serving as Head of Annie Wright Schools in July 2020, but his tenure at the school began long before that. He joined AWS as a second-grader when his mother became the school’s Director of Communications. He stayed through Grade 8 and was in the first class of boys to graduate from Middle School. After high school, he earned a bachelor's from Pomona College. In 2000, he launched his 20-year career at AWS, serving in a range of roles including English & Humanities Teacher, Basketball Coach, Director of College Counseling, Director of Summer Programming, Interim Director of Admissions, Assistant Director of Upper School, and most recently, Director of Upper School for Girls. These two decades of service to AWS were only interrupted by his EdM at Harvard University from 2002 to 2003. Learn more about Mr. Guadnola here. 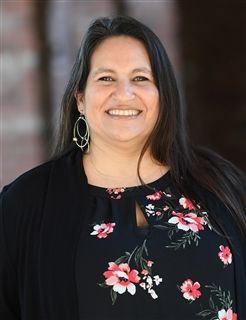 Assistant Head of Schools
Sandra joined Annie Wright Schools in 2010. A native of Colombia, she earned her bachelor's in international relations and Portuguese and Brazilian studies from Brown University and her master's in international management and public policy from the School of Global Policy and Strategy at the University of California San Diego. After working for a U.S./Latin America non-profit in Washington DC, she moved to Tacoma where she worked for Russell Investments for 16 years in a variety of roles. Sandra joined AWS as a part-time business teacher while remaining engaged part-time with several projects at Russell and worked as VP and COO of the World Trade Center Tacoma. She went on to launch Annie Wright's Girls' Business & Entrepreneurship Program after joining AWS full-time in 2016. 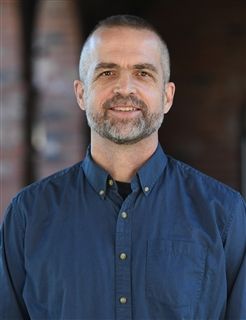 Director of Residential Life
Jeff joined Annie Wright Schools in 2008. After earning a bachelor's and master's in ecology, he taught science at several other boarding schools around the United States before settling down at Annie Wright. Along the way, he discovered a passion for community life and character education, transitioning into residential education and administration. 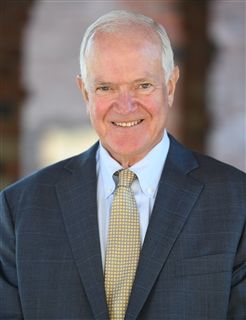 Director of International Advancement
Rex joined Annie Wright Schools in 2008, although his association with the school as a parent, trustee and Board Chair dates back almost 25 years. Rex's first career was in independent education as a history teacher, dorm parent and coach at Shattuck St. Mary's School. He followed that with almost 30 years in multiple leadership positions at State Farm Insurance Company. 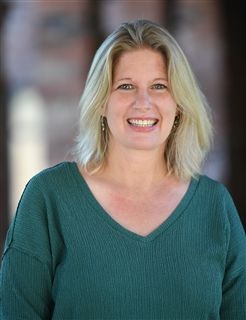 Director of Upper School for Girls
Eireann joined Annie Wright Schools in 2020. After earning her undergraduate degree at Sarah Lawrence College and her master's of fine arts degree at New York University, she served as a teacher and administrator at Rutgers Preparatory School for 20 years. A published author of eight novels for young people, Eireann encourages students to share their own unique stories and perspectives. 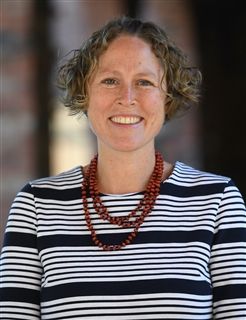 Director of Lower School
Ann joined Annie Wright Schools in 2010 as Lower & Middle School Counselor. She came to AWS with a bachelor's in sociology from Emory University and a master's in Social Work from the University of Washington, as well as 12 years of experience working in schools. Ann, who previously served as Assistant Director of Lower School, believes in supporting the whole child, giving students and families proactive tools for success in all aspects of their lives, and truly enjoys spending time with students throughout the school day. 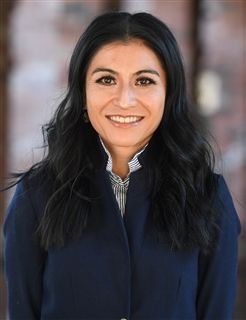 Director of Development
Grace joined Annie Wright Schools in 2016 as Philanthropy Director and was later appointed Director of Development in ’20. She brings a wealth of experience in fundraising and event management, previously serving as the South Sound Fundraising Manager for the American Diabetes Association and Washington Chapter Area Director for the American Foundation for Suicide Prevention. Grace earned a bachelor's in art history and visual culture studies from Whitman College before returning to Tacoma where she worked at the Tacoma Art Museum before beginning her career in development. 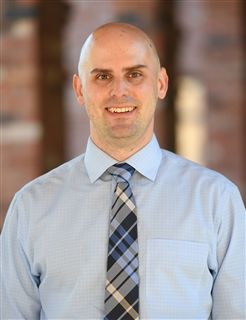 Director of Athletics
Mike joined Annie Wright Schools in 2016. He earned his bachelor's from Harvard University in 2006 where he played four years of collegiate football, and followed that with seven years of teaching experience at the Middle School level. Mike's first career was in independent education as a math teacher and coach (track & field and football) at Charles Wright Academy. He followed that with four years in the financial industry before returning to academia. 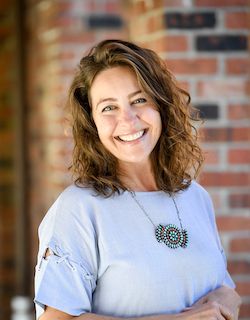 Director of Arts
Annie joined Annie Wright Schools in 2009 as Theatre Instructor. She later joined the Upper School for Girls as Dean of Students, and then Assistant Director before being appointed Director of Arts in ’21.  A Tacoma native, Annie left the region to pursue a bachelor's of fine arts at University of Southern California. Post-grad, Annie worked in various capacities at several West Coast theatre institutions, including Los Angeles' Center Theatre Group, San Diego's Playwright’s Project, National Comedy Theatre and La Jolla Playhouse and Seattle’s Intiman Theatre. Annie's joy stems from community engagement and collaboration, especially with young adults who are poised to ask questions, take risks and play. 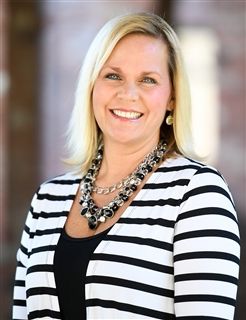 Director of Institutional Advancement
Jennifer returned to Annie Wright Schools in 2009, first serving in the development office and then serving as the Upper School Admissions Director before securing her current role. After graduating from AWS, she earned a bachelor's in economics from Smith College and an MBA from Western New England University. Jennifer previously served as an executive at DIRECTV Broadband and has a background in leadership management, technology, customer service and restaurants. 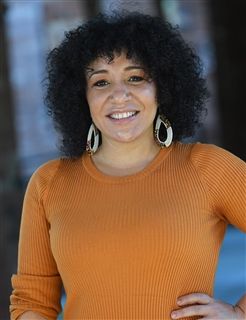 Director of Community Engagement
Alicia first joined Annie Wright Schools as a parent in 2012, then as the Middle School Office Coordinator in 2015, was later promoted to the Director of Auxiliary Programs in 2019, and then became Director of Community Engagement in ’20. After her service in the Marine Corps in 2005, Alicia began working with youth, providing resources and auxiliary programs to underserved students locally. A Tacoma native, Alicia has a passion for community and providing quality educational, recreational and social programs for youth. In 2020, Alicia was awarded the Martin Luther King, Jr. Community Lifetime Service Award by Tacoma’s City Events and Recognitions Committee. 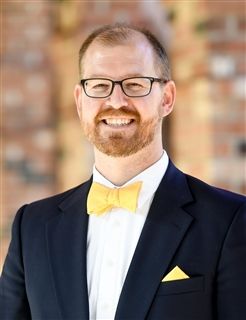 Director of Upper School for Boys
Jeremy joined Annie Wright Schools in 2015 as an Upper School Math and Science Teacher and Dorm Parent. In 2017, Jeremy joined the newly launched Upper School for Boys as the Dean of Students and later as Assistant Director, before being appointed Director in ’21. After earning his bachelor's degree in mathematics from Oklahoma State University, Jeremy taught high school math and computer science. In 2021, he earned his master's in independent school leadership from Columbia University. As a passionate hiker and backpacker, Jeremy enjoys sharing his love of the Pacific Northwest with his students and colleagues. 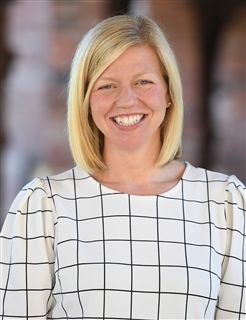 Director of Middle School
Clare joined Annie Wright Schools in 2015 as Assistant Director of Middle School. Originally from England, she earned a bachelor's in biology from Keele University and a postgraduate certificate in education from University of Reading. Clare was the Assistant Head of Sixth Form in Birmingham, England, before moving to Buffalo, New York, where she was a teacher and administrator at Elmwood Franklin School. During this time, she completed an EdM in Science Education at Plymouth State University and commenced an MS in Educational Leadership through Niagara University. She recently completed the two-year NWAIS Pathways to Leadership program. 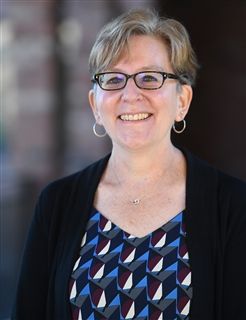 Director of Finance & Operations
Jean joined Annie Wright Schools in 2020 after working 16 years at Russell Investments where she served as the Global Controller. Jean managed and provided oversight of the accounting department, financial reporting, financial systems and treasury functions. She earned her bachelor's in economics from University of Massachusetts and her MBA from Northeastern University. Jean enjoys running and hiking.

Founded in Tacoma, Washington, in 1884, Annie Wright Schools serve students from age three through high school. Annie Wright Lower and Middle Schools offer coed programs in Preschool through Grade 8, while separate Upper Schools for girls and boys offer day and boarding options in Grades 9 through 12. Annie Wright is proud to be an International Baccalaureate World School.